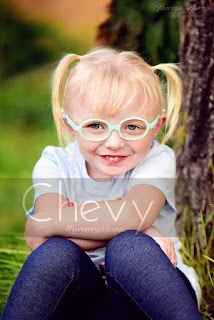 
Chevy was diagnosed with Atrial Septal Defect (ASD) and Pulmonary Stenosis at 2 months old. At 3 years old Chevy's heart required the ASD to be addressed, and a closure procedure was done to repair her heart. All but a small piece on each end of her upper wall was missing, so the blood was flowing incorrectly. The defect was also causing her heart rate to drop any time she was face down. So if she slept on her stomach her heart rate would drop. Learning to crawl took Chevy a while because her heart rate would drop and she would tire out very quickly.

Luckily within the few months before surgery, the wall grew slightly at each end, making it so she would not need open heart surgery. Instead they were able to do it by going through a vein in her groin and placing a closure device that connects to each side of the wall and it the wall kinda grew over it. 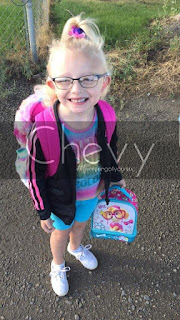 At first she had to play gently, no running or jumping, things that could knock the device loose. Now she plays as much like other 5 year olds as she can. She has to have an echocardiogram done yearly, to continue to monitor her progress. Chevy has no restrictions. She does still have the defective valve that controls blood flow to the lungs, which thankfully isn't causing her any issues at the moment. But they are watching that because it could become an issue at some point.

In addition to her heart conditions, Chevy also has been diagnosed with hemihypertrophy, which is a growth disorder, where there is excess growth on only one side of the body. This is an extremely rare condition. This condition makes a lot of things more difficult for Chevy. She did not crawl until she was 11 months old. Chevy was 18 months when she started walking. She didn't run until she was 2. Chevy has balance difficulty and falls a lot. She falls multiple times every day. Chevy's head leans to one side, but with the help of massage therapy it has improved significantly. She wears a lift in one of her shoes to help minimize the difference. Because of her condition, she has struggles with things we may not even think about. For example, Chevy has a specific way she has to go up and down stairs. Her organs also are over sized on the impacted of her body. Her doctors are monitoring this closely. The truth is Chevy is a bit of a mystery to all of her doctors. She has a whole team trying to understand her condition and why she has all these issues. Genetic testing has sadly indicated nothing to this point.

Chevy also faces hearing and vision impairments, developmental delays, hypoglycemia, and a high risk of cancer. Chevy has regular check-ups to monitor her health. She endures constant testing and evaluations. 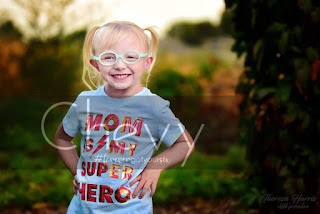 Chevy is currently a spunky 5 year old that melts the hearts of all who meet her. Chevy has 2 older sisters who love her very much and her step father and I who she lives with. Chevy loves reading, doing homework, and playing games like memory match. She has difficulty keeping up with kids her age but she does her best and keeps pushing every day to gain strength and stability. She lights up the darkest days with her amazing personality.

Thank you to Chevy's mom for sharing her story with us, and allowing us to share about Chevy and her complex medical conditions. 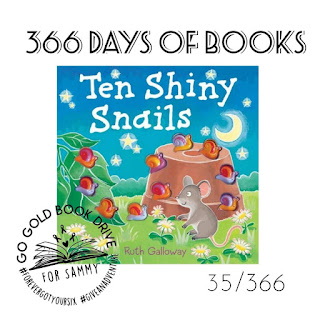 Ten Shiny Snails is a special book to Chevy, one her family wanted for us to share. This book is a fun pop-out counting book that is full of surprises. Follow these little snails on their journey through the garden, as one by one they disappear. This book is a wonderful way to talk about counting, numbers and subtracting.

"Five tiny snails play in the morning breeze. One joins a hedgehog in the rustling leaves."

If you would like to donate toward the purchase of books for donations please send to : Paypal.me/pumafamily and notate "Book Drive"
Posted by Adventures of Super Sammy at 7:00 AM