On the night you were born - Sammy's Birth Story 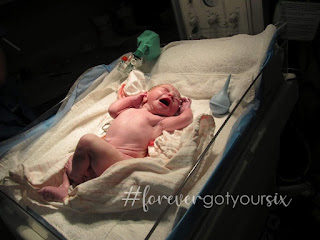 On the night of January 15, 2012, I convinced Charles to spend the evening out with a friend of mine celebrating her husband's birthday. My friend and I had joked early in the evening that the Mexican might put the fire under little man to get him moving. I still thought he would be late, and even joked I would be at bible study on Thursday. As I was still having no signs of him making his debut.

Boy was I wrong.

At 5am on January 16, 2012, I woke to the strangest sensation and ran to the bathroom. I peeked out of the bathroom and told Charles, "Either I have lost all ability to control myself and peed myself, or my water just broke." I made a quick call to my OB office and was told by the nurse on-call to head to Labor and Delivery at the hospital. So we gather the belonging I had finally gotten ready only days before, and we were off to the hospital. I waddled into the hospital and got checked in. I was directed into a temporary room to get checked out before being admitted. Sure enough, my water had broke. However, I was only 1 cm dilated. It was going to be a long day.

Around 7am, we got settled into our labor and delivery room. The nurses hook me up and start me on pitocin to help the labor process. It was slow going. My contractions were moderate, but my back pain soon became very uncomfortable. I tried various positions to help relieve the pain, but had no luck.

By 2pm, I caved to the pain and asked for an epidural. I knew it was still early on. I was not sure how far along I had progressed since the morning, but knew I still had a ways to go. They set me up for the epidural, and finally has some relief. The doctor came to check me again to see the progress, but I was only at 3cm! I was just not progressing well.

I was checked again about 5pm and had progressed to 4-5cm. The nurse commented that things would progress quicker now, as I was now considered in active labor. Normally this is the point where they admit patients. As for me, I was feeling great. The epidural was working wonderfully. I was able to get some rest after a long morning.

At 8:30pm I was checked again, I was 8cm! I was getting closer and was finally making some good progress.

I was finally just about 10cm at 10:10pm. However, Sammy was still high up and had not worked his way down the birth canal. So the nurse decided to try and have me do some pushes during contractions (since i could feel them) to see if we could get him to come down. She was very pleased with the first round of pushing, so we continued for couple more contractions. About 5 rounds of contractions total, when she decided it was time to call for the doctor. Sammy was on his way to making his debut. While we waited, she was going to have me do one more round of pushing, but when I pushed she told me to stop and not to push anymore or he would come. Oh was that hard to hold off on my natural desire to push. He was ready, but they were not. Once the doctor arrived and all was prepped, the doctor had me push. One push and Sammy was halfway out. But the cord was wrapped around his neck, so the doctor cut the cord instead of Charles. Then one more push with the next contraction and Sammy was born.

At 10:38pm, Samuel "Sammy" Puma arrived, my little man was born. 6lbs 13ozs, 20 inches long and absolutely perfect! My arms were now full with my son.

Sammy changed my life forever. Forever making me a mother. And him my child, always and forever. Though I had no idea on this day in 2012 where our life would take us. That his life would end at 6 years old. That one day I would hold him in my arms as he died. That I would live my life carrying his memory, holding him forever in my heart. This day changed me. For good. I would not change any of it. I would do it all again for the moments I had with my child. Sammy is deeply loved, and forever cherished. Sammy will and always be my child, my son. Forever and always. 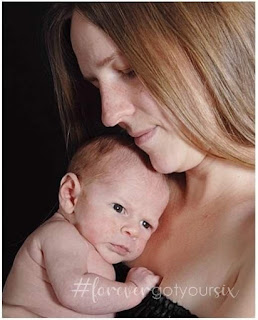 Posted by Adventures of Super Sammy at 11:19 AM